Too much traveling and not enough writing…

In early December, I did a whirl-wind tour of four national parks in Utah. Of course, one could  spend a lot more time exploring each of these, and I may come back to do so in a warmer season. In early December there is snow on the ground and the peaks, and the night-time temperatures are getting well below freezing.

I started with Capitol Reef (see below) then went east to Moab for Arches and Canyonlands, then came back west for Bryce Canyon. I might have gone to Zion as well, but I had already been there once, and by then it was time to be heading home.

There are eroded sandstone arches in many places throughout the southwest, but there are a bunch of them in a relatively small area in Arches National Park. Many are accessible from the road, but it still takes the better part of a day to see all of those. There are others that require hiking.

This is the Double Arch: 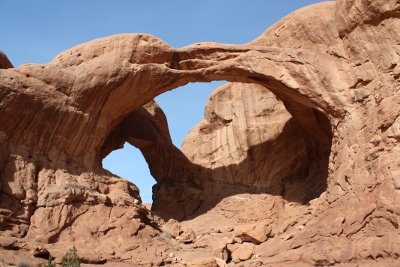 Canyonlands is enormous and only the small Island in the Sky section is easily accessible. This is a plateau above a vast plain with deep canyons carved by rivers: 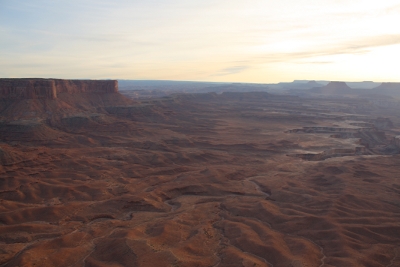 Here is one of the canyons: 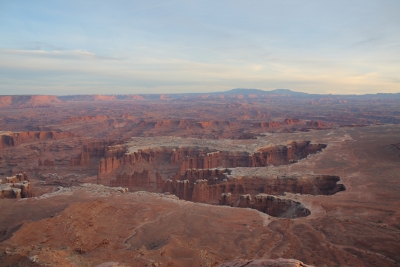 This entry was posted in travel and tagged geology, photo, Utah. Bookmark the permalink.