Spring doesn’t officially start until later in March, but I’ve already got things growing outside. My green house has a cover which keeps the hard rain at bay, but the ends aren’t covered, so it doesn’t really provide much heat benefit. It rarely if ever freezes in these parts, but it still needs to be fixed even with warmer weather on the way, because some birds have found the delectable sprouts.

I went away for a week and came back to new pea plants. These are Renee’s Oregon Giant Snow Peas, delicious in stir frys, and they are said to enjoy cooler weather.

The 3 in back were started indoors and have continued growing outside, the ones in front started outside in mid February. 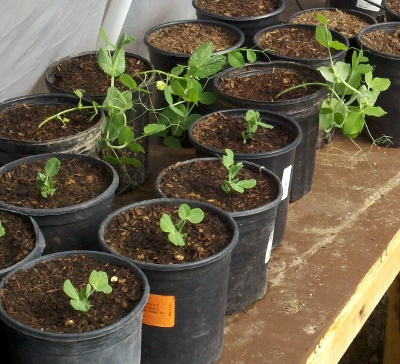 We’ve got lots of newts (Taricha torosa) in the forest. They start out as eggs in the water, and they seem to inhabit every little pool: 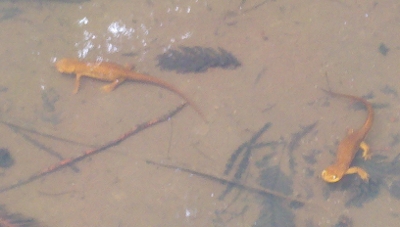 There are at least 8 in here, of various sizes: 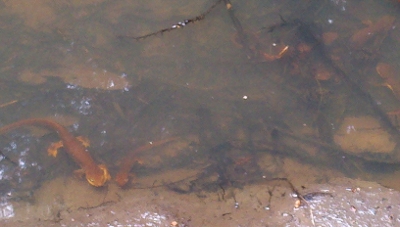 This entry was posted in home and tagged California, mountains, spring. Bookmark the permalink.