The Pinnacles formed as a volcano in southern California. Over millions of years, tectonic plate action along the San Andreas fault has moved it a few hundred miles north to its present location.

Some of the last breeding pairs of the endangered California condor were released here. Adult condors weight up to 20 pounds wing spans up to 9 feet across. They nest in the High Peaks area.

There is no road through the park, so you have to plan which side you want to approach. The east side is off Hwy 25 south of Hollister, and the west is on route 146 off 101 near Soledad. Camping is on the east side only.

This is the approach from the west side. The Balconies trail to the left goes north, while the Juniper Canyon Trail climbs to the south and up to the High Peaks: 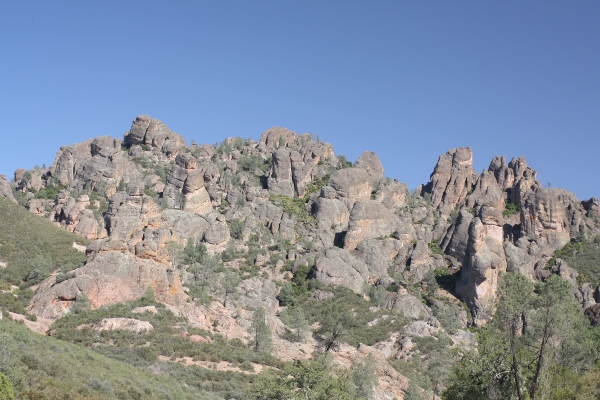 There are many interesting rock formations and colorful lichens: 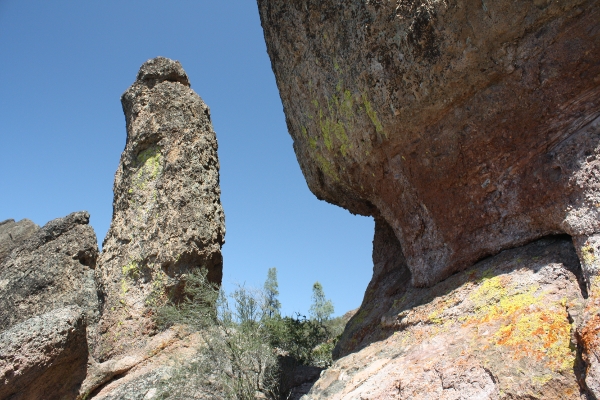 The Balconies seen from the Juniper Canyon Trail looking north:

There are lots of caves here, be sure to bring a good flashlight. I got this nice low light shot (1 sec exposure) in the Balconies Caves: 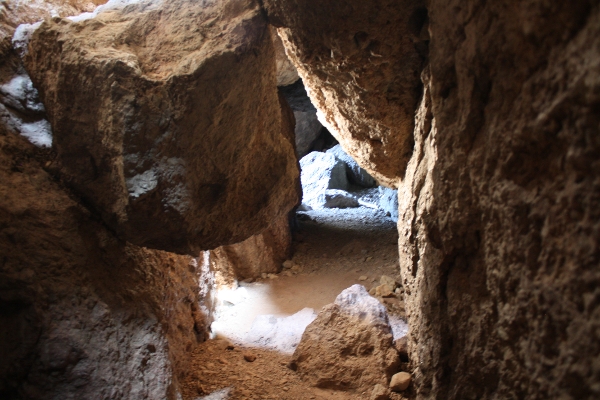 The High Peaks from the east side. At the Overlook on the Condor Gulch trail. 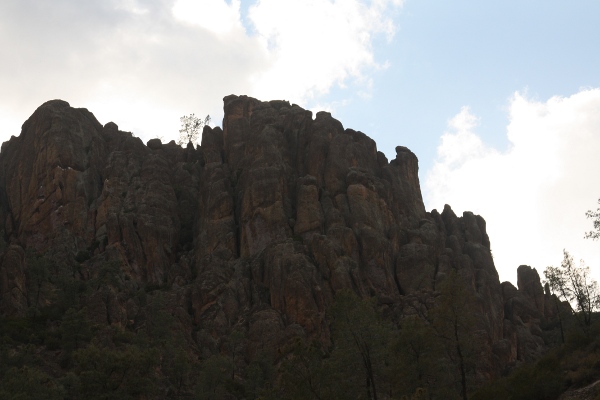 I saw several large birds up there, circling late in the afternoon, but I don’t think they were condors. I’ll have to go back some day with a longer lens to get better long distance closeups.

This entry was posted in travel and tagged geology, park. Bookmark the permalink.