April is often the busiest month of the year for honey bees. They have been building up population since the weather started to get warmer in the early spring, in order to have lots of foragers ready when the flowers start to bloom and the nectar starts to flow. It’s a good time for beekeepers to take a look inside and see how they are doing. If it gets too crowded in the hive, the colony may decide to swarm.

Swarming is widely misunderstood. Rather than just “a cloud of bees”, a swarm is the specific reproduction strategy that an overcrowded colony uses to split itself and establish a new colony. The older foraging bees gorge themselves on honey and they leave the hive with the queen to find another place to live. The younger nurse bees, who tend the brood nest, stay and create a new queen from a one day old egg.

A beekeeper can usually prevent this loss of bees by preemptively splitting the hive. Here is a healthy hive, with activity on the frames in the center: 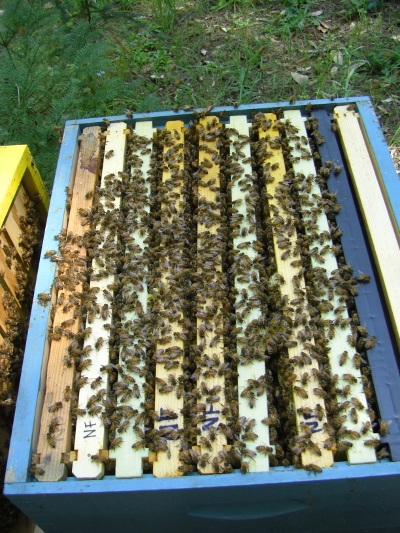 I use a lot of No Foundation (NF) frames, letting the bees create the wax comb according to their own desires. Most people use plastic or wax sheet foundation. The bees are still building comb on this NF frame towards the outside, where it will be used for honey or pollen storage: 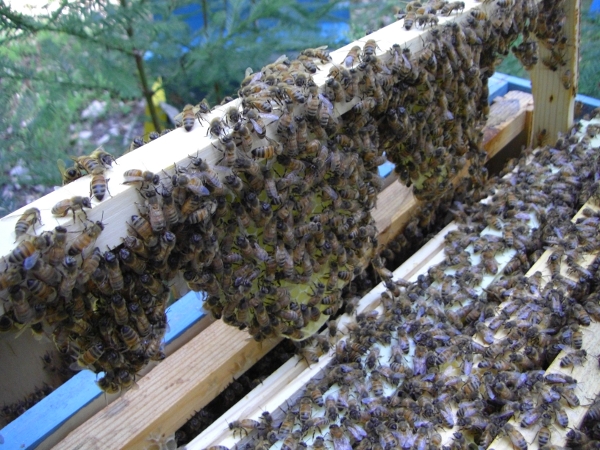 This is a plastic frame from the other end. The colored cells in the middle are pollen storage, and the clear cells on the left and right are nectar that will cure into honey: 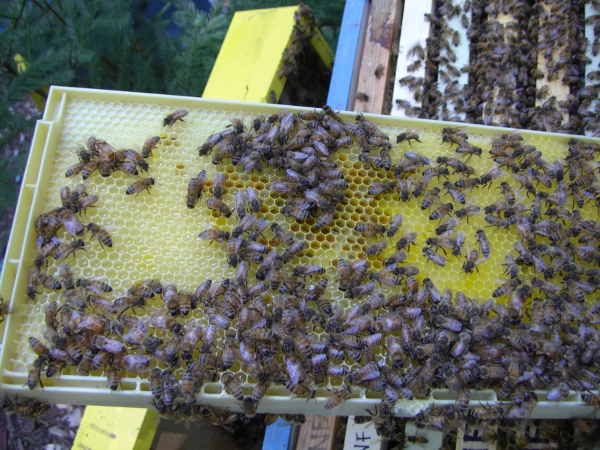 The frames near the middle are the brood nest where the queen lays eggs and new bees grow. The nearly complete pattern is an excellent sign of a healthy, productive queen: 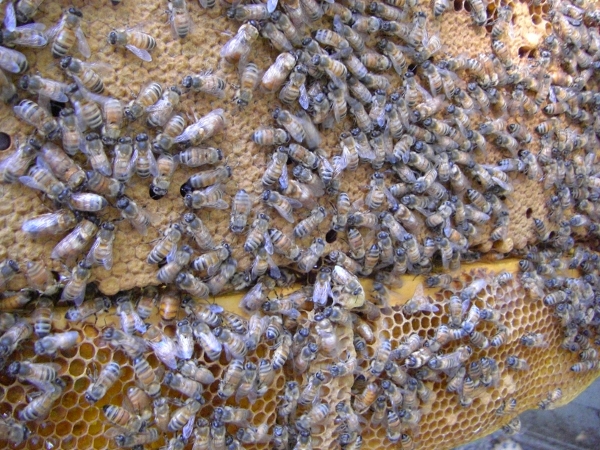 This frame has larger drone cells. A few cells near the top edge have white dots visible. Those are new eggs, which means that the queen is actively laying. Some white “C” shaped larvae can be seen along the bottom edge, where the cells that have not been capped yet: 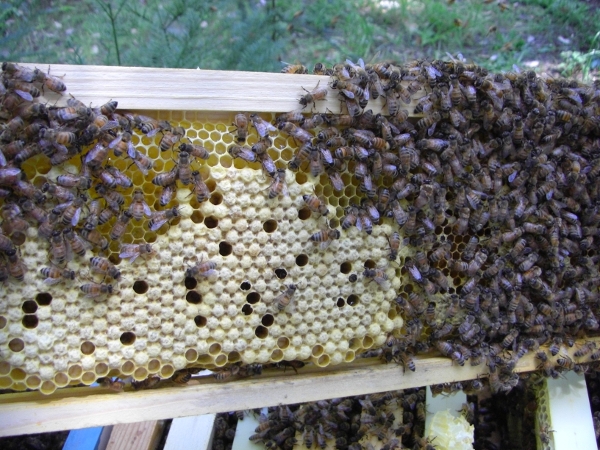 The new split, with 2 frames of brood in the middle, surrounded by 2 frames of honey and pollen: 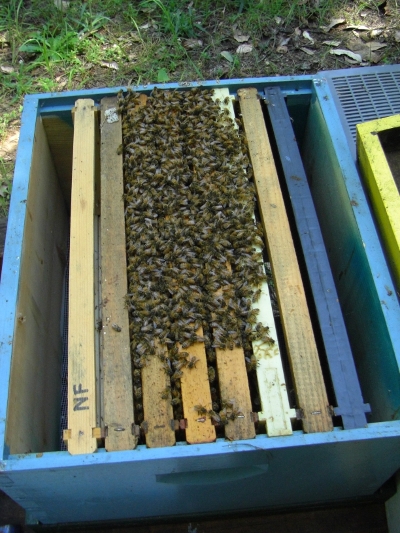 This entry was posted in home and tagged bees, honey, photo. Bookmark the permalink.