Checking Up on an Old Solar Panel

I tinkered with solar cells all through high school, making small panels and using them to charge batteries, run fans and lights. I got this Arco M25 in January 1989. At that time, Arco was one of the few, if not the only, US maker of solar panels. A friend of a friend once worked there. It was my first “serious” solar panel, more than just a few watts for charging small NiCd batteries, which were the predominant rechargeables back then.

The M25 could charge big 12V gel cells or car batteries. It’s a stand alone self regulating type, so it doesn’t need a charge controller. It spent years on the roof in heat, fog, heavy Santa Cruz Mountain rain, used for backup lights and a ventilation fan. And now and then charging the battery enough to get the car started.

They tend to brown as they age and the power production gets reduced. 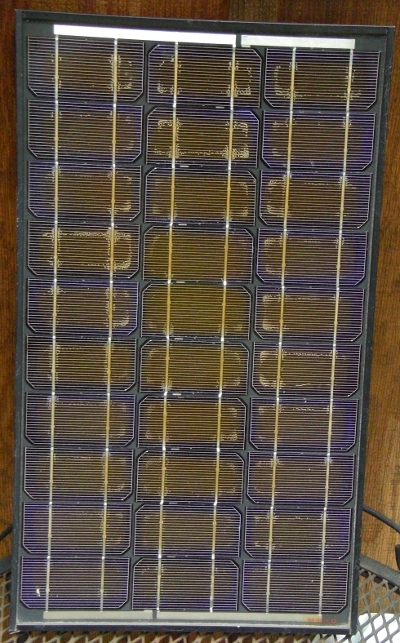 The bubbles are caused by moisture that has gotten through the laminate and sealants. I suspect this will be the cause of most of the power loss. 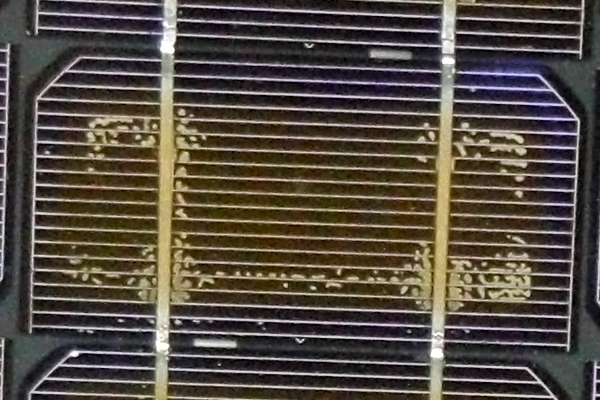 I forget the original rating of the M25 – marketing always seems to name things optimistically – it could have been as low as say 22 watts. We assume some reduction of power output with age, but by how much?

Well, that looks like 21.45 watts – but not really, because the voltage in a short circuit is zero, and the current in an open circuit is also zero. So we have to actually measure power to see what it can do. 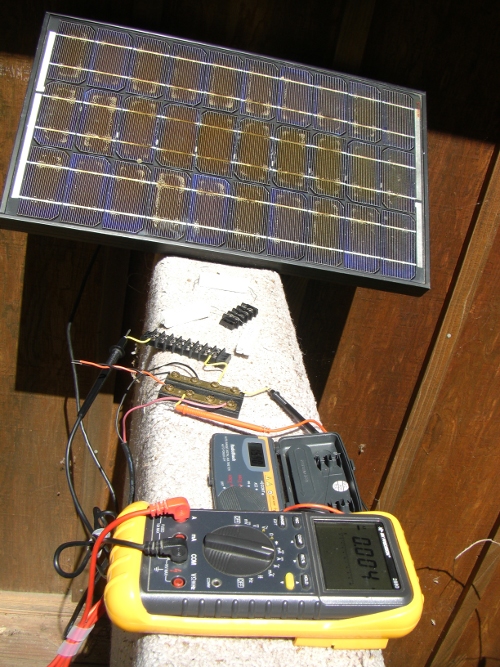 I use a set of big ceramic 25 Watt power resistors for load testing, unfortunately kind of hard to see here white against white, between the terminal blocks. Starting with 10 ohms, then adjusting up and down, and putting all the results in a table:

Possibly some more fine tuning, bracketing around 15 ohms, might yield a bit more, but this gives a pretty good idea. After 25 years it is still a photovoltaic solar panel – converting light to electric power, about enough to charge your cell phone with an adapter, but it’s only good for a quarter of its original rating.

This entry was posted in home, tech and tagged solar. Bookmark the permalink.